Hate-Speech??? (A Senryū and A Haiku) 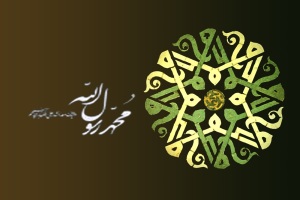 “Well-done O hater!
Your tales have spread far.
Those who were far came closer.”

I wrote the senryū above concerning the abusive content and hate-speech against Islam which is so commonly being published now-a-days.  Let me share something from Prophet Muhammad (SAWW)’s life.  People of Makkah, when Prophet (SAWW) started preaching message of Islam, noticed growing numbers of people following Muhammad (SAWW). They started spreading false tales about Prophet Muhammad (SAWW)’s being a black-magician who beguiles and enthralls anyone who comes to him and makes them follow him. They hoped this would keep the people away from him and thus would stop the spread of message of Islam. But when people (of Madina, then called Yathrib) heard these tales, they grew curious of who this man, Muhammad (SAWW), was. They sought him out to know the truth behind the tales they had came across. They were so impressed by the teachings of Muhammad (SAWW) that they embraced Islam as the way of their lives. So the hate-speech and all that back-fired on them.

From this, I have devised the above senryū. To those who really hate Islam and want to stop or curb it’s growing, my advice would be to stop the hate speech. 😉 Because, many people are actually coming closer to Islam this way. “Haterz gonna hate!” eh?

In Haiku,  by “Flowers Blooming Peacefully”, I mean Islam which grew through peace. It was never spread through violence, those who believe so are mistaken. Violence never helps any thought or ideology prosper. If it was violence with which Islam was promoted, then why is it the fastest growing religion in U.S and Europe? Who is forcing people to accept Islam? Islam never endorsed violence. According to Quran killing a human being is like killing whole mankind while saving one is like saving whole mankind. And it is stated that even in a war, if non-Muslims come seeking peace, then Muslims should not only provide them peace but also must escort them to shelter.

P.S, I salute to those who are distributing books about the life of Prophet (SAWW) as a response and protest to the movie which insults our Beloved Prophet (SAWW), this is the way such situations need to be dealt with.  Those who are revolting and choose violence as means of protest should know that they are deviating from the principles of Islam. Those who killed American Ambassador should know that it is forbidden in Islam to kill an emissary, or representative sent to their country for he/she is under the protection, even according to sharia. To Youtube, Well hypocrisy or double standard? If hate-speech is spread against other communities based on race etc then it is removed, but this  video which offends feelings of billions of Muslims isn’t considered inappropriate? Bravo!  If this is freedom of speech and belief then where is it when Jewish or any other community is the target? If nudity is offensive to some then such content is offensive to many.

P.P.S, Above post is my simple take in this situation. In no way am I trying to rub my religion on your face. I welcome your view as well. But if you can not use decent language to channel your thoughts, then kindly refrain from commenting because it will not be published then. I consider hate-speech against any religion to be inappropriate.